College students restore a special piece of history from WW2 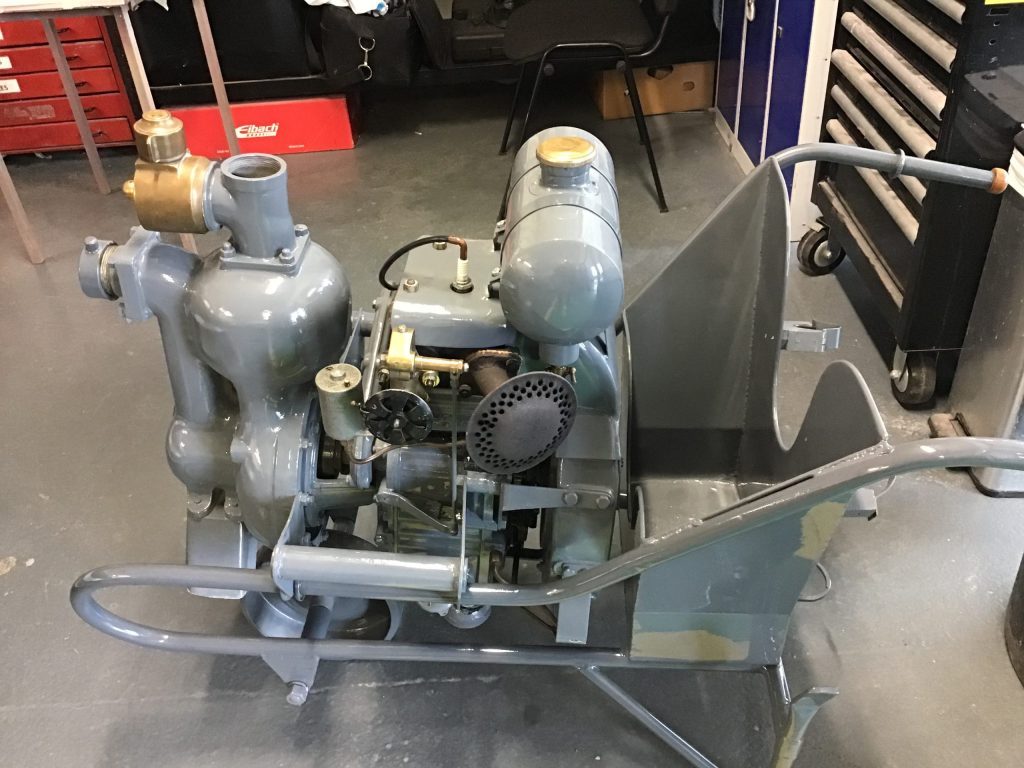 Scammell wheelbarrow pumps were issued to the Civil Defence or Fire Guards and mainly used as an easy way of controlling fires in the second world war caused by Luftwaffe attack.

Steve Shirley from the RAF Firefighting Museum was delighted to come onto campus to collect the fully restored pump so it can take pride of place with other many exhibits at the firefighting museum.

The pump was in a pretty poor state when it was handed to the College through tutor, Andrew Cave who set his Level 3 Motor Sport students the challenge to get the pump engine working again, despite it not running for around 25 years!

Two students, Cameron Gallon (19) and James Rudd (16) led on the project and were keen to take on the challenge.  The students put their skills into practice and amazingly got the pump working after only a day.

Andrew Cave (Motor Sport tutor) said, “These two students love a challenge and I knew they would not shy away from it and try their best to get the engine pump running again. I was really proud that they managed to get it going.”

Cameron and James said, “When we first saw the pump we thought it was a really interesting piece of history and we were determined to get it running. We were surprised we managed to get it going – it was very challenging and a process of elimination. Many of the parts are different to what we use today but it is very strong and well made. We are just glad it is back working again.”

The pump, now restored back to its former original state, will now be preserved for future generations. The project has not been quick or easy, due to Covid and other restrictions, but Steve assured the staff and students that it was well worth the wait and is hoping to proudly show off the equipment at the Lincolnshire Show and also at Armed Forces Day for the general public to admire.

Steve Shirley continued, “This is a Fantastic result, it means everything to us. It has been brought back to life and is not just a dusty exhibit anymore. Scammell doesn’t exist anymore and the students and staff have helped to preserve a piece of British engineering and social history. We have several wartime fire engines and this will compliment those very well, particularly because they are now the same colour which is why it was so important. We can’t thank you all enough.”