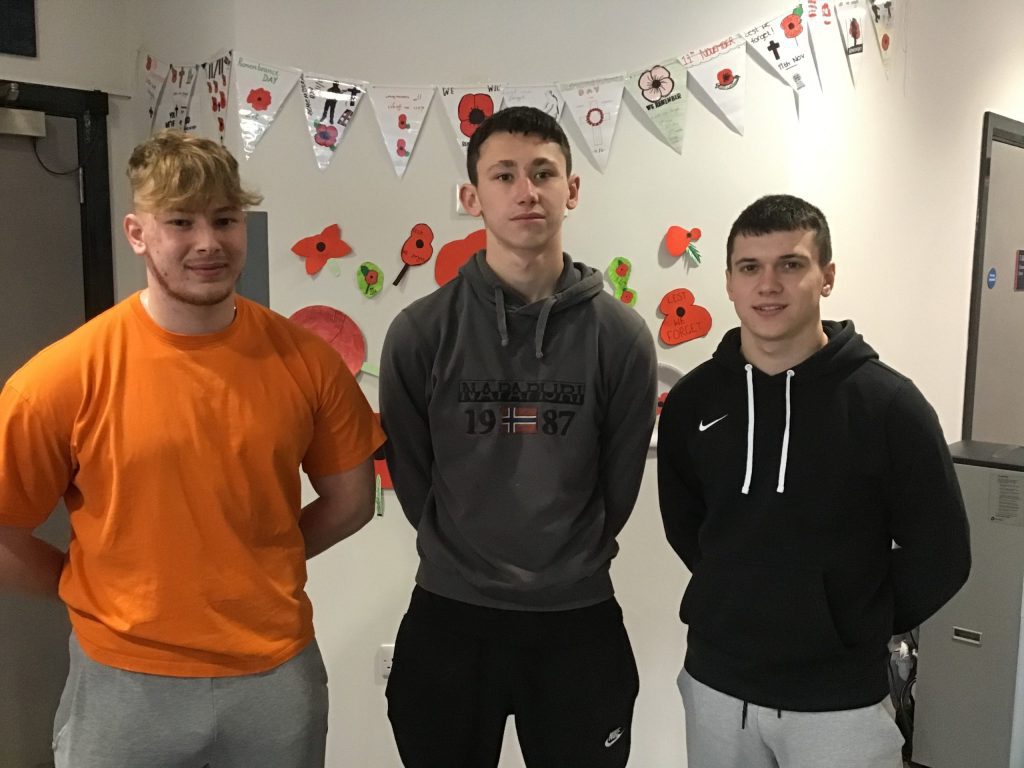 The Poppy Appeal is the Royal British Legion’s biggest fundraising campaign held every year in November during the Period of Remembrance.

This was the first of their fundraising efforts for the young men as they plan to raise more money in the future at the College.

The three classmates Josh Plumtree (17), Cameron Dent (17) and Cameron Christer (17) all ran the gruelling military 10k in army style boots and all wearing a backpack weighing 16.3kgs. Unfortunately, the weather decided to be against the runners with heavy rainfall throughout the whole event. The students soon realised that sand was not the best option to weigh down their rucksacks as the sand absorbed the rain, resulting in the backpacks gaining weight throughout the run. One of the backpacks ending up weighing 22kgs!

The students’ College tutor supported the young men and ran with them, encouraging them throughout the challenge. Cameron Dent said, “The rain felt like hail, it was so much fun though and we laughed all the way around the course.”

Josh Plumtree said, “I was out running every week carrying weights to prepare for it. The run was very challenging but it was good and made you push yourself. It was good preparation for us all in the future and I would definitely look at doing it again in the future.”

Cameron Christer is looking forward to more fundraising activities that they are now planning and said, “We want to set an example to the up-and-coming Uniformed Services students’ year groups that will soon be in our place and set the bar high for them and give them a target to work towards. The course was great and everyone was so supportive on the day cheering you on.”