From Gym Manager to Mayor 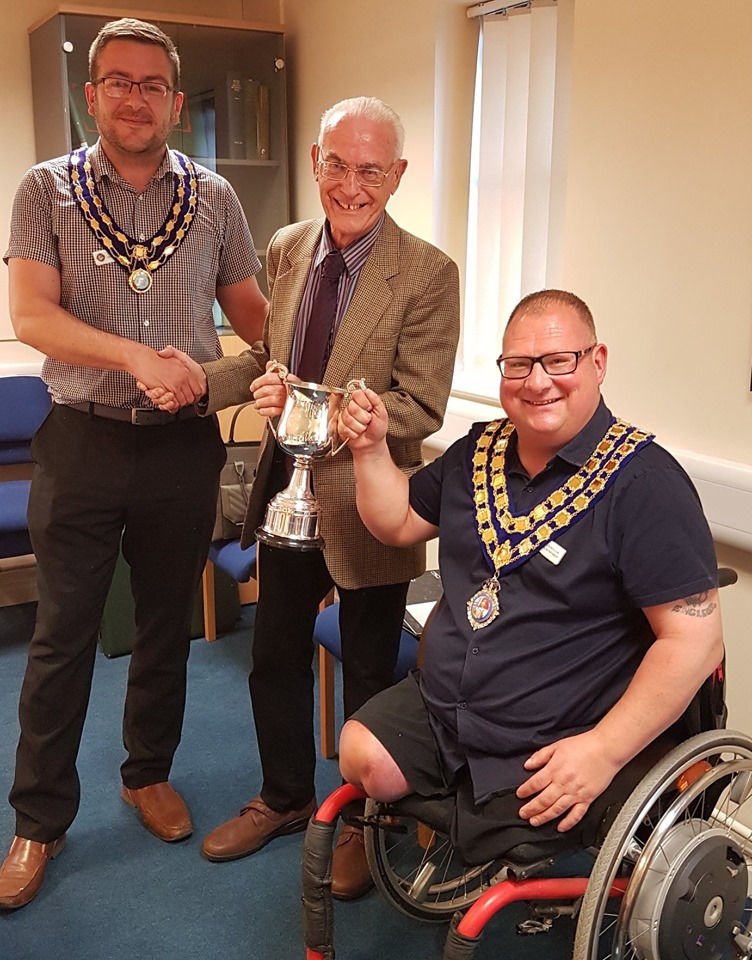 Alan Rayment has been appointed as Mayor and is now looking forward to the next four years working with the elected council members with a strong focus on community and the environment.  Alan will continue with his role as Manager at the Kingsway Fitness Suite whilst taking on his new role.

Alan Rayment stated, “As Mayor of Crowle and Ealand our college core values will link in so well. With my ambition and drive, I want to achieve the highest standards and support my community and environment. I will work in partnership with local businesses, charities and members of the public to help them succeed. As a group of counsellors, we will use our initiative to ensure we are able to find solutions, all counsellors will take individual and a collective responsibility in all tasks they complete ensuring we work with integrity and are open, honest and respectful to each other.”

From a young age Alan suffered from leg ulcers and in 1997 had his left leg amputated due to the super bug MRSA before having his right leg amputated, but this has never held Alan back and has continued to achieve as much as possible.

Louise Sharp, Director of Estates and Facilities at North Lindsey College stated, “Alan is an inspirational member of college staff and I am proud to work with him. This latest accolade is another well-deserved achievement.”

Alan continued, “my journey in life has been hectic the last 44 years have been amazing. I have the same determination and drive in other areas of my life and I have many roles in our community.  It is a privilege and an honor to be elected as Mayor, I will give 100% to the role and look forward to representing Crowle & Ealand.”

Alan has completed many challenges in his lifetime including the London Marathon, various half marathons. In 2005 he  was the first person in the world to hand-cycle 500km over Vietnam & Cambodia, Alan also hand-cycled 1001 miles from Land End to John O’Groats, represented Team GB in Para triathlon winning medals at National, European and World level and has also carried two Olympic torches on their way to Athens in 2004 and London in 2012. Over the last 7 years Alan volunteers and been MC at local and world event races. With the charity “Link to hope” Alan also cycled throughout Romania and Moldova delivering shoeboxes in Romania and helping to build a workshop in Moldova.

In 2011 he was awarded an Honorary Degree of Doctor of Health Science by Prof David Fleming at St John University in York in for contribution to sport, in addition to his own degree from Huddersfield University as a teacher.